Well, I made a valiant attempt, anyway! My set of strathspeys is called, whimsically, “My Foot Has Gone to Sleep” – partly because I really prefer watching dancing to actually doing it, so the title is just one of my excuses for not joining in!  Having said that, this weekend I found I would have to play Clavinova rather than organ at church (an electrical problem), so both my feet had a rest.  I played my strathspeys after a more sedate voluntary.  No-one passed any comment, so who knows if they didn’t notice or were too polite to say they didn’t like it!

The computer-generated audio file for violin, acoustic bass and guitar is horribly artificial-sounding, so I hope that one day

someone will play the piece and I’ll have something more human-sounding!

My Foot Has Gone to Sleep

I’ve recently given seminars on catalogue and database searching to all our traditional music students, and to our first year B.Ed. students.  Biteable animations are proving a fun way to summarise what they’ve learned with me.  They have a certain sheer surprise value, too.  (Today, the speakers were set louder than I’d expected, so they surprised me, too!)

I’m looking forward to giving a talk to students at the University of Edinburgh this week.  The University Library was one of the recipients of legal deposit materials during the Georgian era, before the law changed in 1836.  Amongst all the learned tomes and textbooks, they received sheet-music too.  The interesting question, of course, is what they did with it!

Now, as you know, I’m a bit of an enthusiast when it comes to bibliographies, but this time I’ve prepared a very minimal bibliography in a novel format.  Don’t worry, all the necessary details are on the big, definitive bibliography page on the Claimed From Stationers’ Hall blog.

Not content with setting old folk-tunes, this weekend I decided to go one further and write a ballad.  Yes, the whole thing.  Seventeen verses and a couple of different tunes, so the setting uses tune A for a few verses, then B for a few more, and finally back to A again.  We have all the ingredients for a classic ballad – a lovelorn lass, a motherless child, a lone father … and a couple of Glaswegian magpies.  (They exist – I can show you the tree and chimney pot where I spotted them on my way to the bus-stop last Friday morning!) 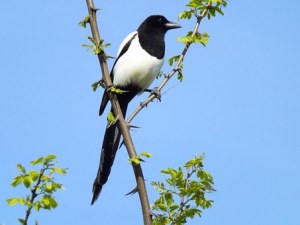 I was asked to write something for voice, flute, violin, piano and guitar / accordion.  I’ve done so.  Personally, I think it would be best to have either piano OR guitar / accordion, but not having heard it played by live musicians, I’m willing to be proved wrong.  Here’s the computer audio-file – unfortunately you can’t hear any words!  But if you listen right to the end, you’ll get an audible hint as to how the story ends!

There are three strands to my professional self: librarian, musicologist and educator.  But there’s a fourth strand which stays at home – creativity.  That’s not to say, of course, that I’m not creative at work, but I don’t get the opportunity to sew or arrange tunes during my working day!

During my doctoral studies, I encountered Georgian Scottish song-collector Alexander Campbell, of Edinburgh (and the Highlands).  The tunes he collected are in a 2-volume collection called Albyn’s Anthology.  There are some lovely tunes, but his accompaniments are pretty dire.  (Sorry, Alexander, but they are!)  I have had very many hours of innocent pleasure arranging them for small instrumental ensembles.  This week I was challenged to arrange something for soprano and flute, and I ended up with this: ‘The Lone Wanderer‘.

A bit of background: the poet of this tragic song was “Anon” (maybe tune-collector

Alexander Campbell himself?), and he set it to an “ancient Lowland melody” that he had collected on his song-collecting travels. The lyrics tell the story of a girl who went out of her mind with grief, when her fiance was taken from her on their wedding day. The theme is strongly reminiscent of a very popular song, “Crazy Jane.”

Whether he died, was conscripted, or some other disastrous circumstance, is entirely up to the listener’s imagination in the present song.

Campbell went on two song-collecting tours in Scotland in 1815 and 1817, publishing a song collection after each trip. It is with relief that I ditched his accompaniment for this one and wrote an alternative flute accompaniment!

I decided to put some of my arrangements on Sheet Music Plus – they’re all here if you’re interested!

Musicologist and Pedagogue trapped in a librarian's body. I'm qualified in music, librarianship and education. I began this blog when I was studying for my PGCert in Learning & Teaching in Higher Arts Education, and I'm now using it for CPD. I'm a Fellow of the Higher Education Academy. Midweek I am continuing the research I commenced as PI for an AHRC-funded research network @ClaimedStatHall – early legal deposit music. Off-duty I'm hard-wired into my sewing machine!